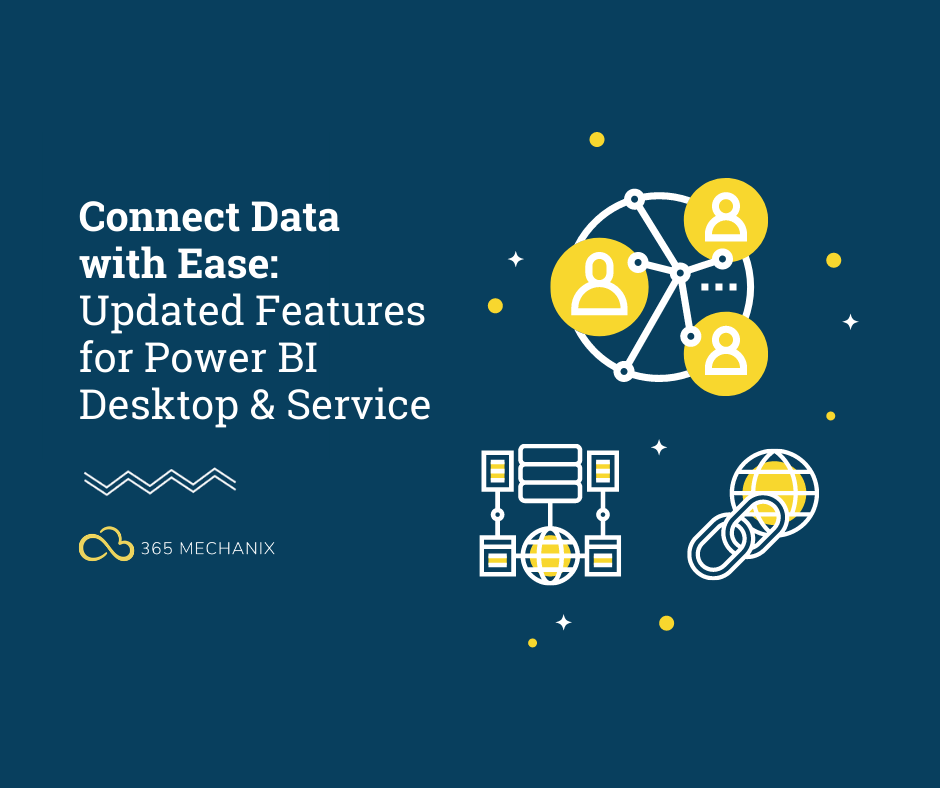 Power BI is releasing a number of additional functionalities and improved features for the October 2021 Update (2.98.683.0). You can now download the free update on the Power BI website to start connecting and preparing all your data with ease. In this blog, we will outline some of the updates that are being implemented for the following areas:

The Azure Maps Visual has now introduced a Heat Map Layer to represent the density of data points and show data hotspots on maps. It is useful to help visualize data sets if you have large amounts of points to map. The format pane for Heat Map will allow users to customize and design the heat map visualizations but also:

So, how’s it useful?

The DirectQuery for Power BI datasets and Azure Analysis Services will have new updates including more flexibility when selecting tables and performance improvements.

Now you can have more control when connected to a dataset or model as you can remove any tables of your choice from your model using the field list. You can also specify exactly which tables to bring up instead of loading everything at once if you are only looking for specific subset of tables.

To further improve performance for DirectQuery, a parallel execution of model queries and smart caching will be available across the board.

Performance optimisation for the SWITCH function in the DAX will be included in the new update when the SWITCH function has a large number of values or if the value expressions contain measure references. There will also be new bitwise functions to DAX where you can perform common bitwise operations such as shifting in DAX. Some other new functions coming to the new update are as follows:

The Dataverse connector update is added to support environment discovery where users can view a list of environments they have access to instead of having to specify an environment URL.

In the October update, The Google Analytics Connector will be able to use V4 APIs and some additional features are being introduced including better API reliability and exposure of additional dimensions and measures that were not available in V3.

From November, the Azure Cosmos DB V2 connector will be released for Power BI. This new native Power BI connector will support querying the transactional store in both DirectQuery and Import modes. In addition to supporting the DirectQuery mode, the V2 connector update includes performance optimizations related to query pushdown and data serialization.

The Azure Databricks connector will have added navigation support through catalog hierarchy in workspaces with Unity Catalog support. Furthermore, ‘Fast Evaluation’ will be enabled by default to provide faster processing of large imports and will enable direct SQL passthrough to provide lower suspension for Databricks SQL and Databricks Runtime 8.3 and later.

In the new update, a new connector for Amazon Athena will be generally available.

The release of the new SIS-CC SDMX will be introduced in the new update to allow any public SDMX REST web service endpoint that supports the SDMX-CSV output format to analyse, visualise and share data from Power BI. The SIS-CC SDMX connector is an open-source project that was provided by the Statistical Information System Collaboration Community (SIS-CC).

The SumTotal connector has new updates including the removed hardcoded list of OData entities so users can now pull all APIs dynamically and there will be an added logic to allow bypassing of SSO login via query string parameter.

There is an exciting new release of the Usercube connector which is the first no-code, full -featured solution for Identity Governance and Administration (IGA) which is configurable to your own organisation, process and policies. All users can will be able to automatically receive necessary access permissions, enforce security policies and segregate duties based on the users’ unique role model.

With the new integration between Usercube and Power BI, business reports will benefit from data such as the users’ identities, entitlement details and approval workflow. These reports are easily created and can be shared. They can integrate data from multiple applications to provide clarity for the whole organisation. Other advantages include:

If you are interested in Power BI or would like to learn more about these updates, get in touch with us today here.